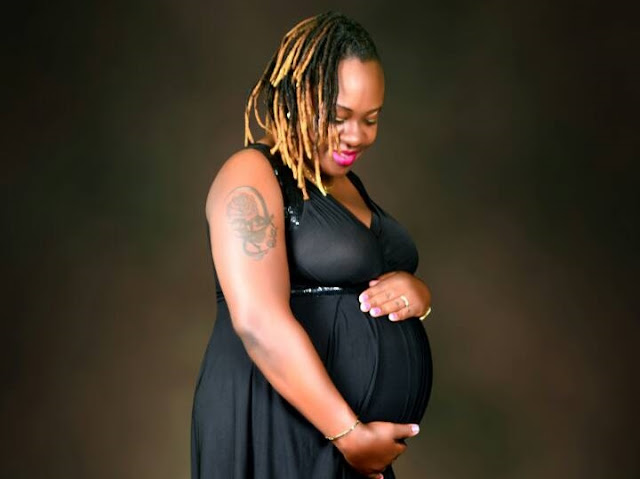 In Kenya, of every 100,000 live births, about 362 women die giving birth or just after giving birth. About a million babies are born each year so we can estimate that about 3,620 women are dying each year in Kenya due to complications at childbirth. Other studies have shown that a third of all maternal deaths in Africa are a result of post-partum hemorrhage. Therefore we can put a guess estimate of 1,086 women dying each year in Kenya as a result of bleeding during childbirth – about 3 women a day.

Consider that in Kenya, a third of the women still give birth at home – so by the time a mother is rushed to the hospital if bleeding starts -it can be too late – resulting in these high mortalities. Post partum hemorrhage when it happens is acute, a mother loses 1.5 liters of blood a minute from the uterine artery. It does not take long for her to bleed to death.

A mother needing to be rushed to hospital from a distance will not make it. On the other hand, many women die despite giving birth in a hospital due to lack of blood.

So it is exciting to hear about a new drug that can help women in this situation.

Tranexamic acid is an antifibrinolytic – it works by preventing blood clots from breaking down too quickly. This helps to reduce excessive bleeding.

Researchers wanted to find out whether this drug could be of use in post-partum hemorrhage. The research was published in The Lancet journal last week…..

Results of Tranexamic acid study in The Lancet

The trial known as WOMAN (World Maternal Antifibrinolytic) involved 193 hospitals in 21 countries in Africa, Asia, Europe. About 9 hospitals in Kenya participated in the study. The aim of WOMAN was to investigate whether this drug would have any value in post-partum hemorrhage. Between March 2010 and April 2016 – a total of 20,060 women who experienced post-partum hemorrhage were recruited into the study. Half of them got tranexamic acid through a drip (IV) the other half did not.

A total of 483 women died in the course of the study, most deaths (77%) occurred on the day of childbirth.

A total of 89 (1.2%) of the women given tranexamic acid compared to 127(1.7%) who did not receive the drug within 3 hours, when the drug was given after 3 hours, there was no difference in death rates in the two groups.

Often women have their uterus removed(hysterectomy) if the surgeons are unable to control the bleeding – there was no difference in the rate of hysterectomy in the two groups among women who received the drug and those who did not.

The researchers are pushing for the drug to be part of the early intervention in post-partum hemorrhage in order to prevent these deaths – but it should not be seen as a magic bullet. Used within 3 hours of the start of bleeding, it prevents a third of deaths and used after 3 hours, it makes no difference to the outcome.

I gave given a guess estimate from data available that about 1,086 women die each year in Kenya from bleeding during childbirth – this drug has the potential to save 325 women a year in Kenya. A woman saved a day. That is 325 women living to see their new born child and 325 babies having a mother on the day they are born.

This drug has the potential to make a real difference. However, mothers would benefit most if they give birth in a hospital. The hospitals must, however, have blood for transfusions and theater for surgery for maximum benefit. Even with this drug present 2 out of every 3 women with post-partum hemorrhage – so this is not the end of this story.

Tranexamic acid will be part of the arsenal for prevention of deaths as a result of post-partum hemorrhage – but it is not a magic bullet.
health guide